What is Chicken Pox?

Chicken pox, also known as Varicella-Zoster Virus and human herpesvirus 3, used to be a very common childhood disease. Humans are the only source of this disease. It is spread by airborne route, from a person who has the disease. This means that it can be spread from the actual lesions or from the respiratory secretions of a sick person; like a cough or a sneeze. It was most commonly seen in school-aged children, but with current vaccine requirements and recommendations, it is increasingly rare. Between 1995 and 2005, in the first 10 years of vaccinating, the incidence of chicken pox decreased by 90% and has decreased further since adding a booster dose. Most people who have the vaccine or the disease have lifelong immunity to the disease. The decrease of incidence after vaccinating is an example of herd immunity (see below).

When exposed to the rash, a person can develop the disease in 14-21 days. Generally, the symptoms that are seen are an itchy rash with vesicular (fluid filled) lesions. Prior to a vaccine, the average was 250-500 lesions in varying stages of development during the course of illness. The lesions go though papules (flattened lesions) to vesicles (fluid filled), and then to resolution (crusting). Generally, these are seen with a low grade fever. The lesions put the person at higher risk for local infection to the affected areas on their skin. People can develop more symptoms that affect the whole body and can cause major illness. Prior to widespread vaccinating, an average of 100-125 people died each year in the US from Varicella.  Since vaccinating, we do see breakthrough cases post-vaccine, but they are generally mild and do not tend to have the same appearance as traditional chicken pox. Cases of chicken pox in immunocompromised people and those who are on steroids for other illness while having chickenpox are more severe. 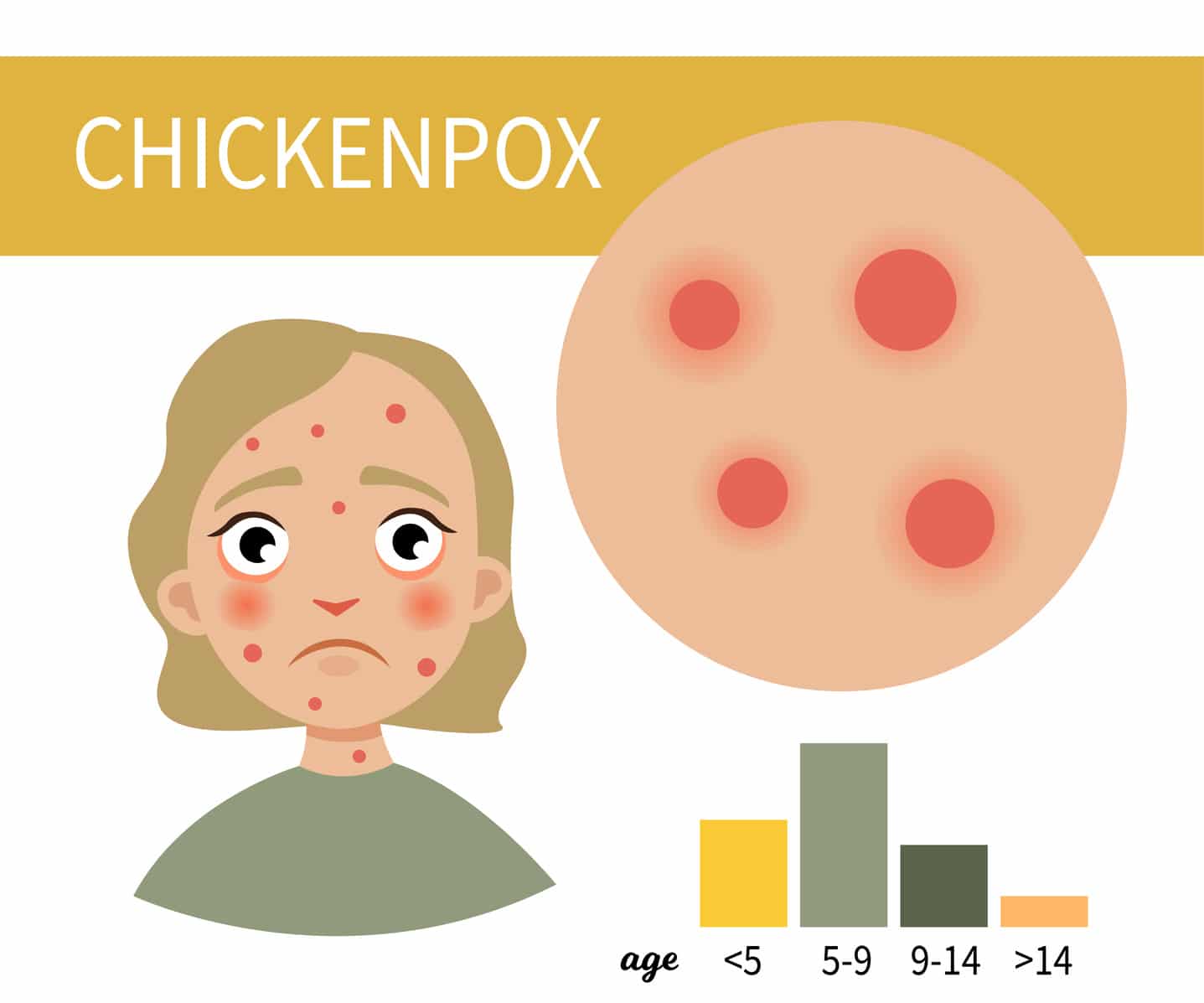 Varicella-zoster virus lays dormant in sensory ganglia during infection. The location in the body that it lays dormant is the reason for the presentation of herpes zoster, or shingles, later in life. Shingles present in a linear fashion on one side of the body and are on a sensory dermatome. The lesions are similar to the original varicella rash, but are painful and itchy. The pain can linger for weeks to months once the rash is gone. There is some evidence that a vaccinated patient has a lower incidence of shingles than someone who had the actual disease.

What is the Treatment For Chicken Pox?

Since we see less chicken pox over time with immunization, we rarely have to treat an active infection. Antiviral therapy can be used, but have a very small window of treatment time to be effective to lessen the length or severity of the illness. These therapies are recommended only with people with immunocompromised states and not for otherwise healthy people. It is recommended that healthy persons be treated if unvaccinated, older than 12 years, have a history of lung disease, long term aspirin therapy, or inhaled or oral steroids use.

What do I do if I have Chicken Pox?

Children who have a confirmed case of chicken pox should be excluded from school until the rash is crusted. Immunized children who have no crusting, because of the difference in the rash, may return when they go 24 hours without any new lesions. If an unvaccinated or non-immune person is exposed to varicella they can be vaccinated within 3 days and up to 5 days after exposure and then repeated on a regular age-appropriate scheduled booster, to help prevent transmission.

Do they have a vaccine for Chicken Pox?

Varivax is the varicella vaccine. This is a live, attenuated virus, which means that it was grown from an original person with the disease and then grown in a culture medium. It is regenerated in a way that makes the body recognize it as a virus and develop immunity on two different levels to prevent the person from contracting the virus if exposed. It is routinely given at 12 months with a booster at 4 years of age. It is recommend by CDC and required by Texas schools (may be excused from this if a child has proof of the disease). Varivax is safe and has mild side effects that occur 5-35% of the time. They include pain, redness, and swelling at the injection site. A small percentage of children will develop a localized rash at the injection site (1%-3%) and 3%-5% of children will develop a rash that is more varicella-like but without the vesicles (fluid filled lesions). 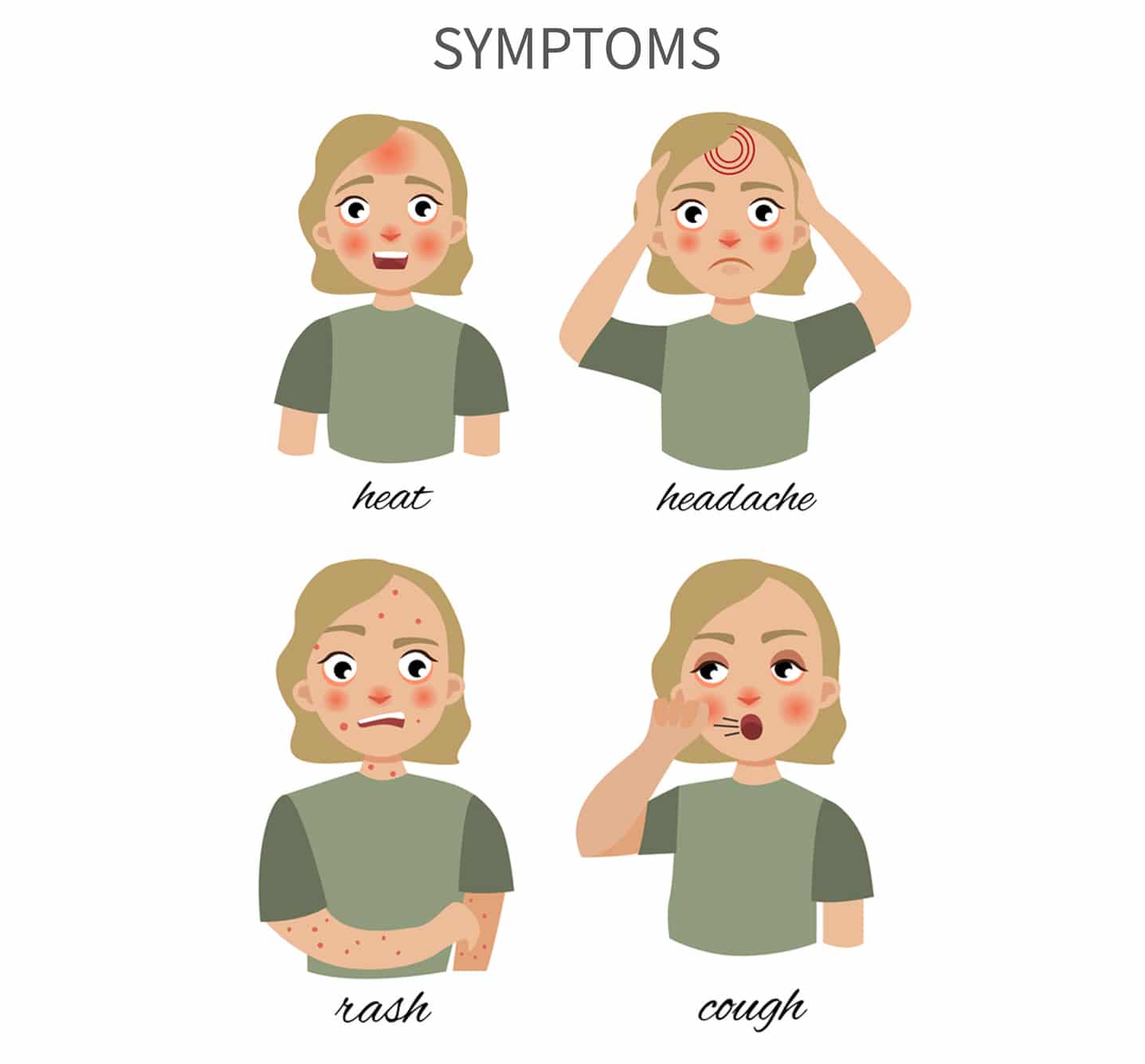 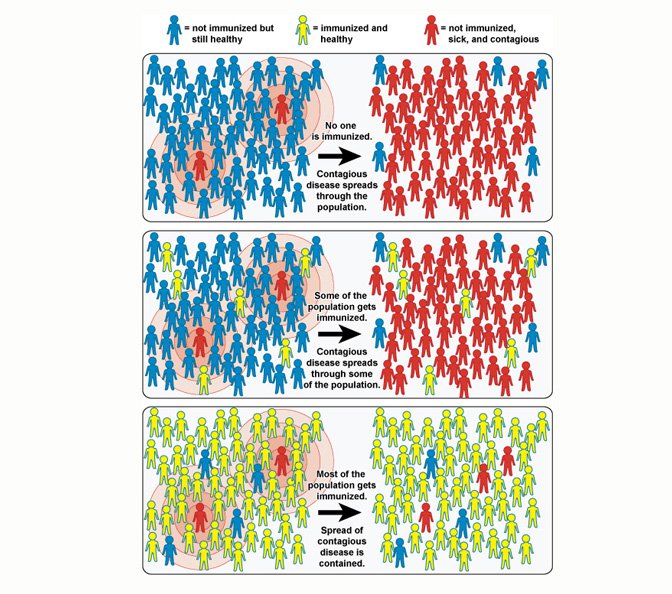 What is Herd Immunity?

Herd immunity is the protection of individuals as a result of living in a community where the majority of the population is vaccinated. This helps to protect people who cannot receive the vaccines, like the very young, the very old, and people with compromised immune systems. It also prevents massive outbreaks of a particular disease. Essentially, if there are so many people vaccinated around a person, then it is harder to come into contact with people to expose you to the disease.