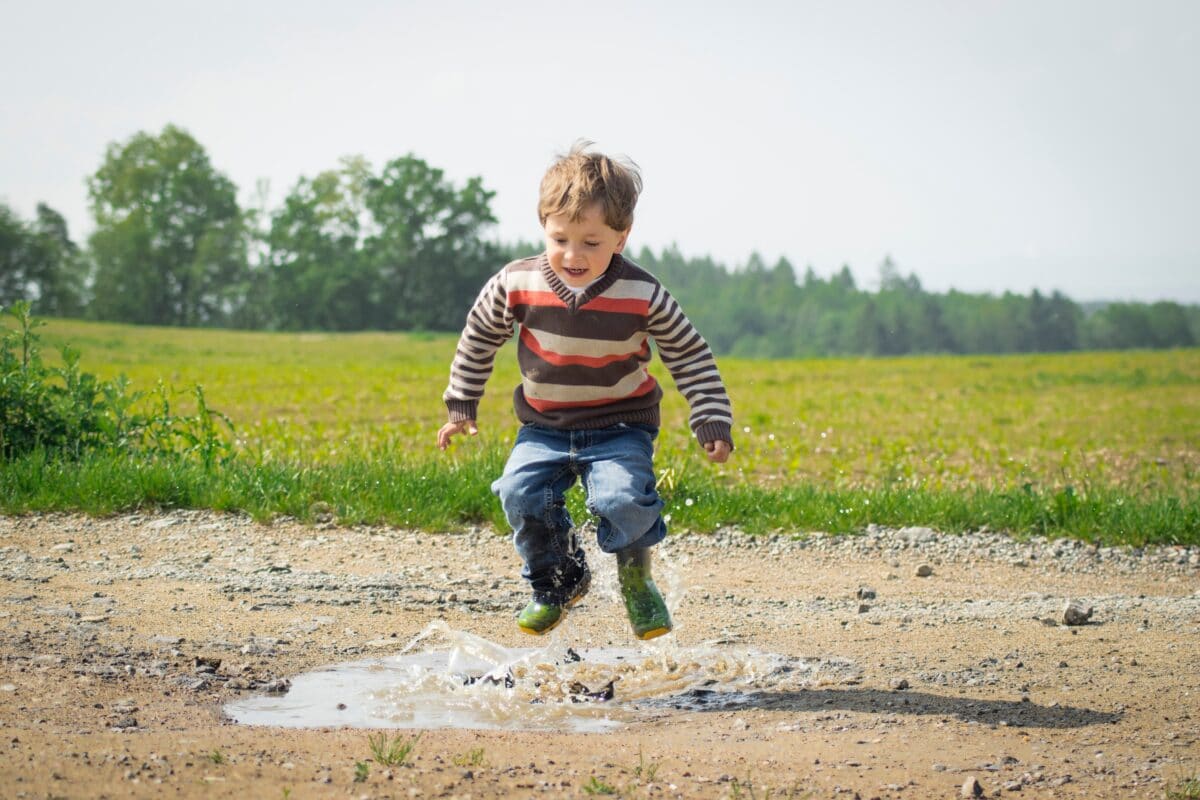 If you left it up to them, kids would do nothing but play.

But the importance of play is about more than just keeping them out of your hair.

We all want to do what’s best for our children. That’s why we take them to the doctor, get them their shots, give them healthy food (when they’ll eat it!), and encourage them to study so that they can do well in school.

But would you be surprised if we told you that play makes for an incredibly important part of childhood? So important in fact, that studies have shown that children who have ample play time actually do better in school.

So why—after a generation told us studying is vital for success later in life—are we focusing on play? As it turns out, children learn through play and build valuable life skills that can’t be taught in books or the classroom.

Read on to find out the top ten reasons why play is so important, and how it can benefit the cognitive development of your child(ren).

Parents hear all the time about how vital socialization is for children, and it’s true! Kids glean a tremendous amount of benefits from those baby groups and play dates.

Socializing brings about real-world scenarios where children can use their imaginations to act out past or potential events in a way they can understand. They learn to cooperate, get instant feedback on their behavior (“You just hit me! I don’t want to play with you anymore!”), and learn to consider other viewpoints.

If it’s difficult to find other children, know that just playing in general (yes, even with their parents) can be just as helpful.

You don’t have to have an amazing playroom or back yard to socialize with your child. Just be there, talk to them, read to them, and respond when they ask a question. That’s socialization. 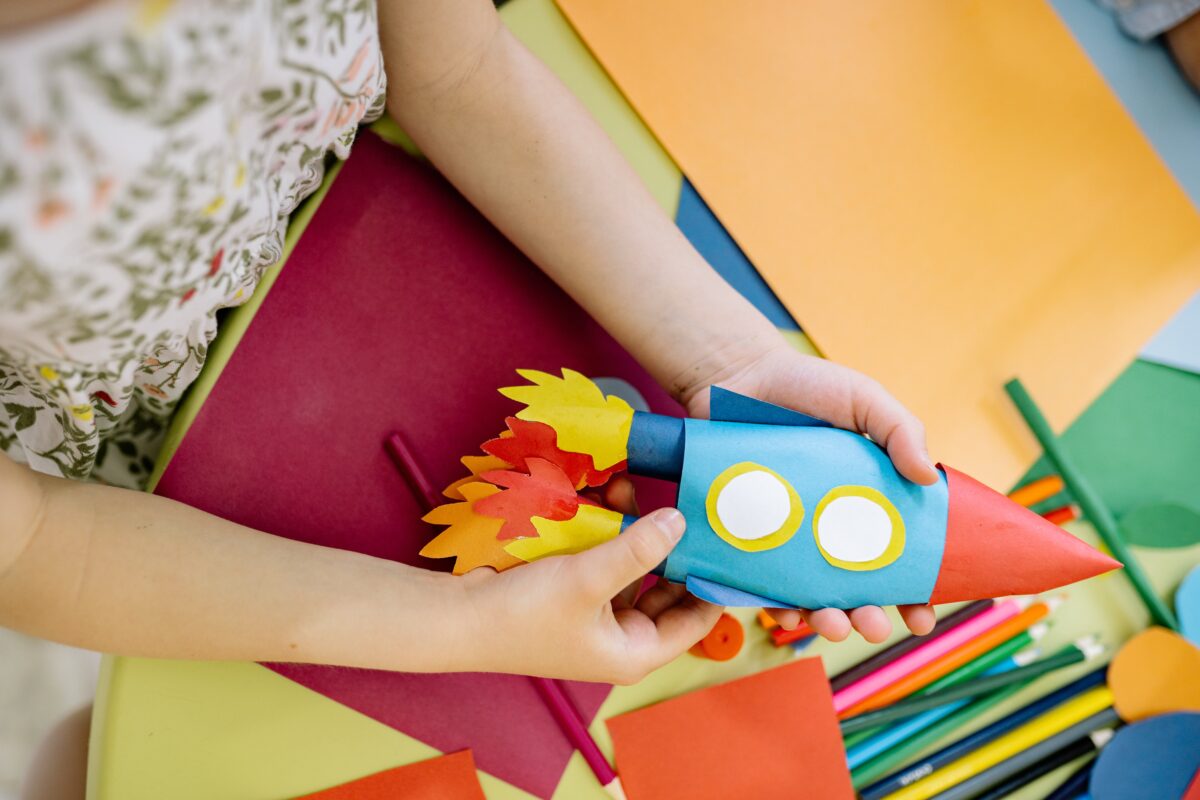 When kids are left to their own devices to play, they can create all sorts of things. Leaves become food for their dolls, dirt becomes a pie, and ants are an army ready to attack any human who dares to stand near.

Children’s brains are sponges ready to soak up the world. Letting them play and explore on their own will help ignite the spark of their creative side (because there is nobody there telling them what to think or do).

To best promote creativity, give your child the freedom to play their way. In other words, instead of telling them to draw a horse, give them the markers and paper and see what happens. They might decide to make paper airplanes instead. If they want to pretend that a stick is a snake, don’t correct them. Pretend it’s a snake, too!

As adults, we tend to forget that children experience stress, too. Sometimes they’re nervous about a test, a bully at school, or the ever-present threat of germs (thanks, COVID!).

Think about it: When your child is anxious or fearful, their fight-or-flight reflex is activated, preparing them to either fight for their life or run for the hills. It’s not preparing them to sit calmly and study their times tables.

When children are allowed to play, it helps release that extra energy and boosts their endorphins at the same time. (And if they can play outside, that’s an extra dose of vitamin D!) 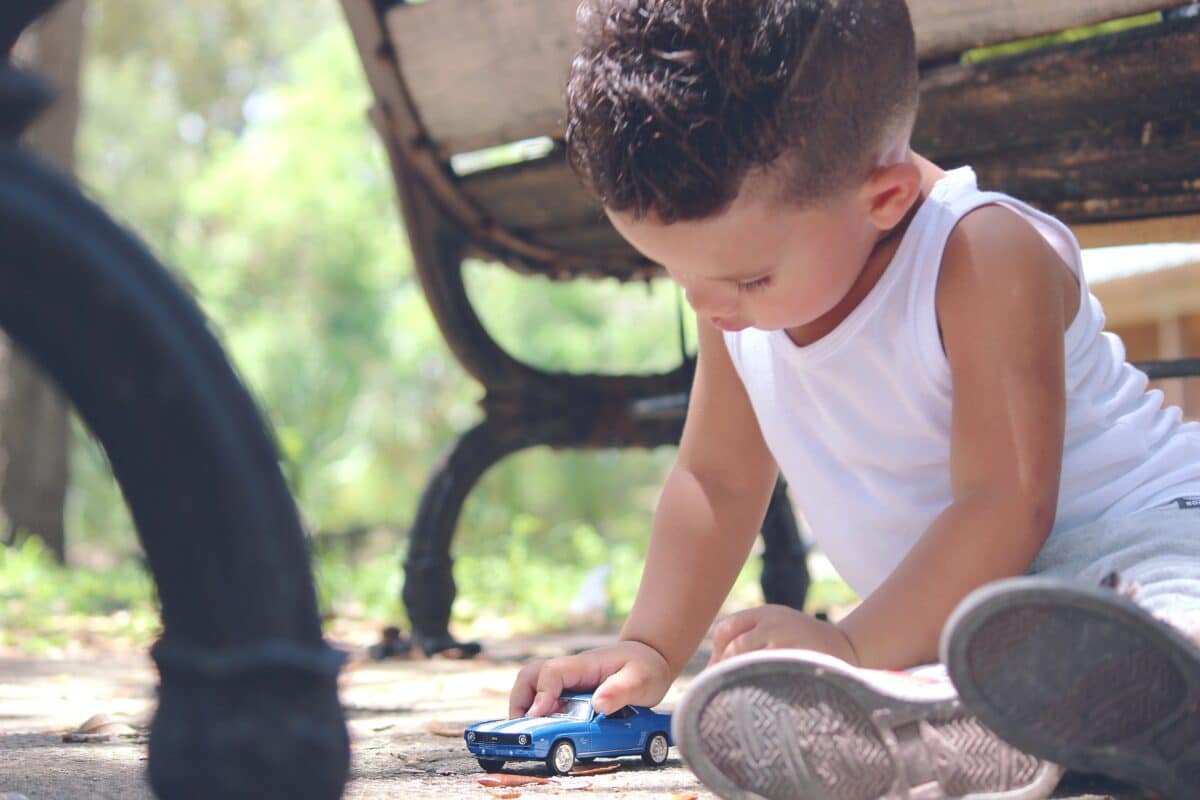 Whether they are playing by themselves, with siblings, or with friends at school, children mimic what they’ve heard in their environment. Play time helps reinforce what they’ve learned and gives them the opportunity to practice their growing vocabulary.

For children who are just starting to talk, name the objects they’re using during play and give them a chance to respond (yes, even if it’s just babbling). For older children, don’t be afraid of using “big” words and explaining what they mean. After enough repetition, they’ll get it.

Children who regularly engage in pretend play with their family or friends have been shown to regulate their emotions better than their peers who did not.

Emotional regulation is a very important part of growing up and can actually affect a child as an adult, too. By observing how different people react to a situation, they gain a better sense of empathy. When they’re frustrated or challenged, they have the opportunity to calm down on their own.

When children play, there’s bound to be mischief. After all, they’re still learning to explore and testing boundaries. There still have to be some rules, though.

While they’re playing, set boundaries. “You can ride your bike to the mailbox but not further” or “We cannot throw our toys when playing with our friends.”

It’s equally important to enforce these boundaries. Their incentive to learn the rules is simple. You don’t follow the rules, play time has to end for a while. They’ll learn quickly. 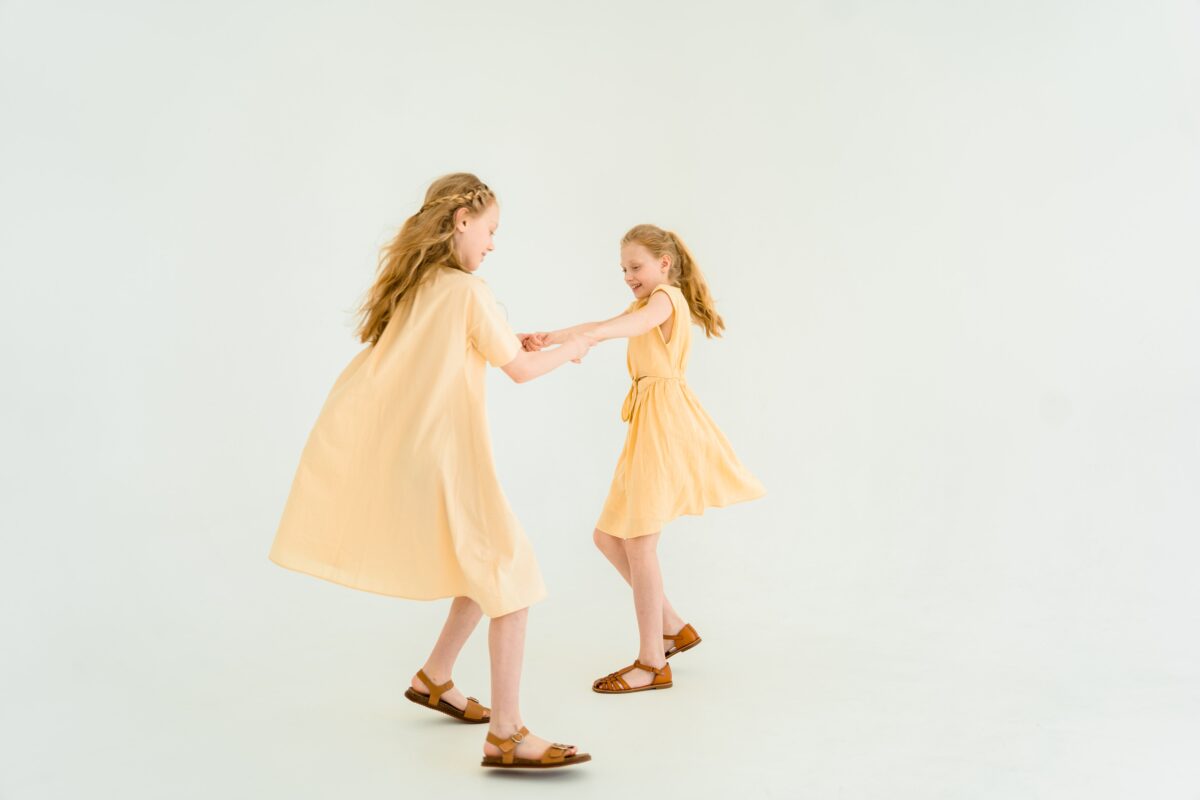 When playing with others, children start to develop their social skills. Just like adults have to cooperate in a marriage or at work, children soon learn that if you don’t cooperate or compromise, you’re likely to make the other person angry or frustrated.

Children aim to please and want to have friends. Cooperation is an important factor in making (and keeping) friends.

Playing with your children can actually keep you young, too!

As we age, our brain activity decreases and slows down. Playing, puzzles, and brain games will exercise our brain to keep it sharp. When we play with our kids, it sparks that creativity bug in our brains, too! So keep pretending to eat those mud pies! 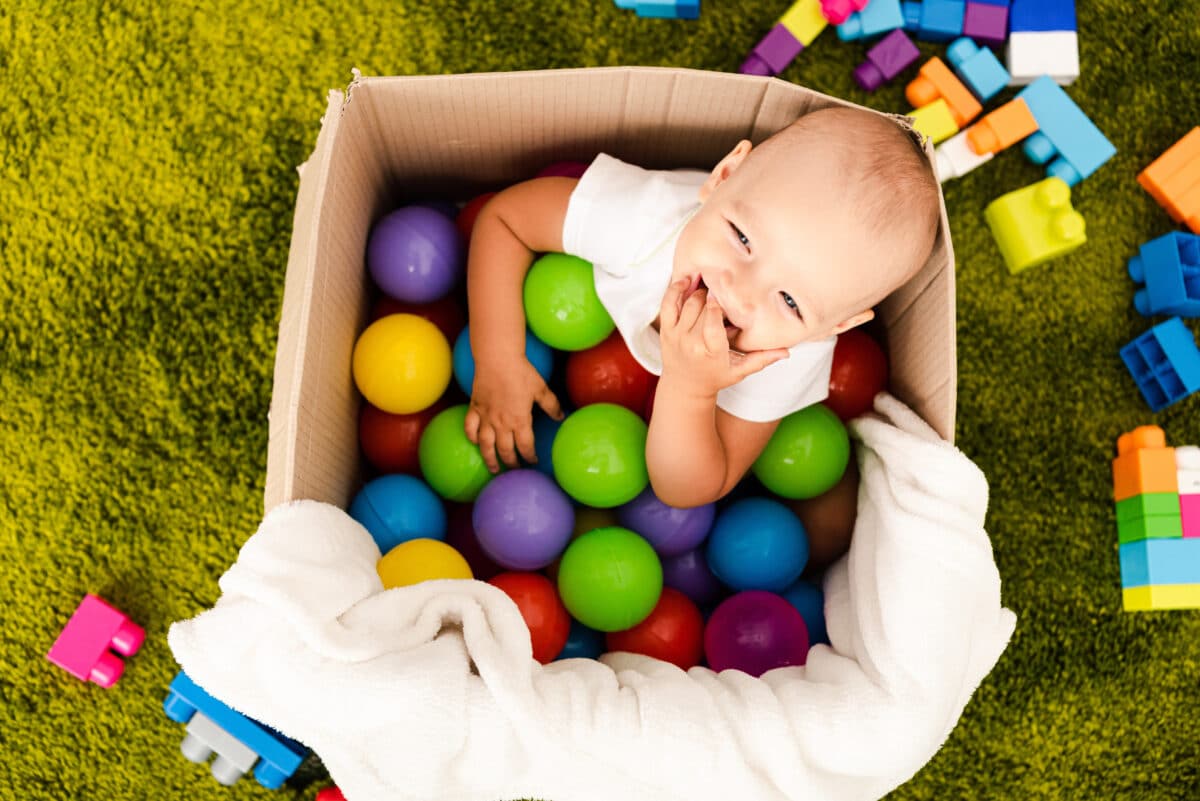 When children are able to solve problems on their own, they gain a sense of self worth. They can set out into the world with a boost of confidence that helps them feel capable.

Try not to hover so much that you do everything for them, but also keep them safe. You may be surprised at what they’re able to do!

Fine motor skills are natural for adults, for children who have never worked those muscles before, it’s a hard job!

Things like manipulating clay, pouring cups of water, and trying to fit shapes into holes help develop these smaller muscles.

Playing is not just a frivolous activity that children are “lucky” to participate in. Ultimately, play helps children learn and prepares them for real life scenarios.

Yes, school work is important too, but for kids, play is their work! As caregivers, it’s important to provide opportunities for kids to learn and explore the best way they know how: through play.

If you ever need guidance on what play should look like, or if you aren’t sure if your child is meeting their developmental milestones, never hesitate to call with questions. We are always happy to help or make an appointment.

Kid Care Pediatrics has been in existence since October 2001. It was established by Omar A. Gomez, M.D. The practice philosophy at Kid Care Pediatrics is to provide quality pediatric medical care for children in a professional yet caring manner.

nextWhy Is Reading Important For Kids?