It is that time of year again. Back to school and shortly after the dreaded flu virus. Influenza is caused by orthomyxoviruses with three subtypes: A, B and C. A and B are the two that are included in the vaccine each year and are the strains that cause the most symptomatic flu illnesses. Type C is not covered or tested for as this subtype is most like the common cold and does not cause additional problems.

Symptoms of the flu generally start with sudden onset of fever with chills, headache, muscle pain and non productive cough. As the flu progresses we also see sore throat, congestion, runny nose and cough. Eye redness, abdominal pain, nausea, vomiting and diarrhea are not generally seen, although they are often referred to as “stomach flu”. In young children the flu virus can cause ear infections and in infants can look like a severe blood infection. It can lead to wheezing and viral pneumonia in the very young and the elderly, or those with compromised immune systems. The flu can cause severe illness and lead to severe complications even in healthy children. It can cause febrile seizures to encephalopathy or encephalitis which is where it affects the lining of the brain and spinal cord which can be serious and lead to long term problems. More rarely it can cause an infection in the lining around the heart leading to death. Another major problem related to the flu is getting exposed to another illness at the same time and having a secondary infection from a bacteria or another virus. 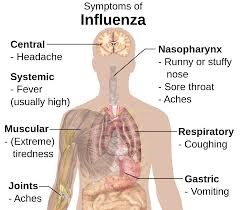 Flu is spread from person to person by droplets from the upper airway. The primary spread is by coughing and sneezing and the germs entering the next person. It can also be spread from the virus being present on a surface, a person getting it on their hands and then touching their own face especially around the mouth, nose and eyes. The peak time of influenza in the United States is from November to May with the most common illness between January and March. In any given community, an outbreak will last from 4 to 8 weeks. It is most highly contagious in semi-enclosed populations in an institution like school and daycare. People are contagious 24 hours prior to having symptoms and can spread it through their secretions at highest levels in the first 3 days of illness. Normally the shedding of the virus stops at the 7-10 day mark and is related to the fever. This means that while they have fever they continue to be contagious. 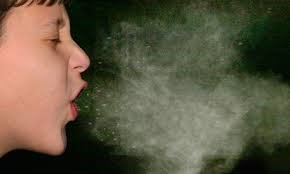 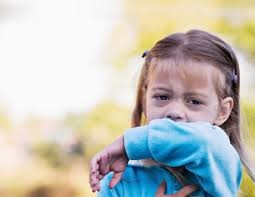 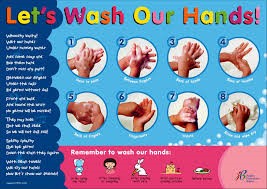 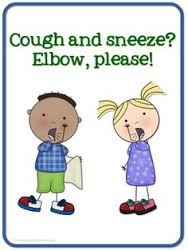 Influenza in otherwise healthy children is 10-40% each season. Children under age 2 and persons over age 65 are at greatest risk of being in the hospital due to the flu. The rates are even higher in children with other conditions including asthma, diabetes, heart disease, immune system issues, neurologic or developmental disorders. Infants, especially those under a month of age, are at high risk for problems affecting the body as a whole in addition to their lungs. Both A and B strains of the flu have been associated with death in children, the majority of those children were younger than age 5. During the last pandemic with H1N1 (aka swine flu) the death rate was 344 children in the US in the 2009-2010 season.

There is two common ways to test for the flu. Both of them involve a nasal swab high in the nasal cavity to obtain a specimen. There is a rapid test done in the office that can differentiate between A and B but not the subtypes (number code) of each virus. There is also a culture that can be grown that can take 2 to 6 days to obtain results but is more exact with relation to the code and is generally only recommended during pandemic problems to determine the exact strain. The in office test is the recommended test for flu and the best way to determine treatment needed.

The main treatment option is Tamiflu which is an antiviral medication that makes the virus unable to duplicate itself and therefore shortening the course of the illness itself. For children being seen in the office setting for flu if they are seen within the first 48 hours of illness to help decrease the length of time a child spends being sick. It may also be considered by the provider for the symptomatic siblings of the sick child. This is especially true for children with the underlying medical problems listed above. The major side effects are nausea, vomiting, headache and changes in behavior that may be serious in some cases. Treatment of non symptomatic children is recommended during a close personal flu exposure only if the following apply:

Influenza vaccines are the recommendation for prevention of the flu. Based on expected strains to be seen each year a new vaccine is formed. This is done by people who study the changes of viruses over time. There are two forms of flu vaccine but currently the American Academy of Pediatrics only recommends use of the inactivated influenza vaccine which is the injectable form of the vaccine. This is a quadrivalent vaccine meaning that each season it covers 2 strains of the flu A virus and 2 strains of the flu B virus. These are non live vaccines, meaning that the vaccine is made by purifying the virus so the body can recognize the virus and make antibodies but not cause them to present with symptoms of the flu. The flu vaccine can be given starting at age 6 months and older. The recommendations regarding administration change based on the vaccine itself but currently (2016) any child under age 9 who has not had 2 doses prior to July 1st 2016 needs to have 2 vaccines this season. If they have had 2 vaccines in any season prior to July 1st 2016 they only need one vaccine each season. This rule is subject to change each time a different strain of vaccine is formed and is reviewed each year to ensure adequate coverage. Protection against influenza after the immunization is 50-95% depending on the closeness of the vaccine to the active strain in the community. It is generally effective 2 weeks after the dosing of the vaccine, which means the earlier in the season it is given the more likely it is to be active when exposure to the flu occurs. It should be given until the end of the season or when it expires as flu can persist past the expected flu season. It can be given in combination with other regularly scheduled vaccines. Pregnant women are encouraged to get the flu vaccine during pregnancy, and should get the injection and not the nasal flu vaccine. Persons who care for children, elderly, or those with chronic medical conditions should also get the flu vaccine as it can help prevent the spread to the persons who are at most risk related to contracting the flu. The most common reactions to the flu vaccine are redness and swelling at the injection site, irritability, fatigue, muscle aches, headaches and joint pain. 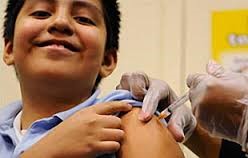 Most flu vaccines are produced in eggs and contain some egg protein. Studies have shown that administration of a dose of flu vaccine is generally tolerated by those with a history of egg allergy. In our office, per the red book recommendations, we consult with allergist for a history of more significant reactions. If okay by the allergist we will give in office with an observation period after the vaccine itself. This generally is 20-30 minutes in the office as if they have an allergic reaction we have the emergency equipment and staff needed to help them.

For more information on the flu and flu vaccines see AAP.org or Redbook.org.