Emily Penninger grew up in Washington State and moved to Texas in 1996 after graduating from high school.  She attended Tarrant County College followed by the University of Texas at Arlington where she earned her undergraduate nursing degree in 2000. 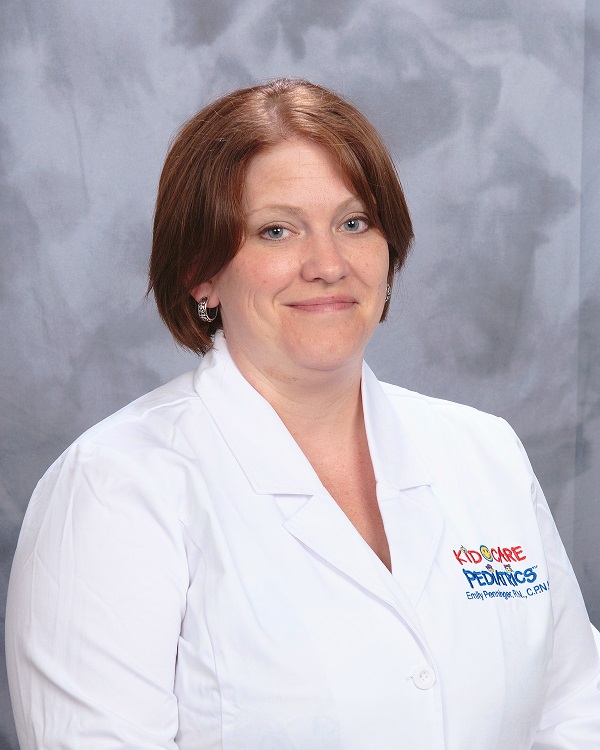 Her nursing experience included adult ICU and adult Surgery first assist prior to starting in Pediatrics in 2002.  She then worked at both Cook Children’s and Dallas Children’s in the Pediatric ICU.  She also did travel nursing assignments after marrying her husband in 2003 and worked in Philadelphia, PA and Oakland, CA.

Emily graduated with her Advanced Practice Degree from the University of Texas at Arlington in 2005 which includes both acute and primary care certifications.

She lives in the Saginaw area and has two small children at home along with her husband who is also pursuing a nurse practitioner degree.  Emily is very excited to be part of the Kid Care Pediatrics team and joining in the care of your children.