Stephanie Evans is a native Texan, growing up in Conroe, Tx. Stephanie received her Bachelor of Science in Nursing Degree from Texas Christian University in 1996. After graduating, Stephanie worked at Cook Children’s Hospital in Fort Worth, TX. After work for a year in Fort Worth, Stephanie accepted a direct commission to the United States Air Force Nurse Corps. She spent 5 years as a captain on active duty in the U.S. Air Force serving during Operation Enduring Freedom.

Upon completion of her USAF service, Stephanie completed her Master of Science in Nursing Degree obtaining her Primary Care Pediatric Nurse Practitioner certification in 2004. Stephanie remained in Ohio working as a Primary Care Pediatric Nurse Practitioner while also teaching nursing for a program in Dayton, OH. She taught undergraduate nursing students pediatric and maternal-newborn nursing. Stephanie completed her PhD in Nursing Education from the University of Northern Colorado in 2014. After completing her PhD she returned to her home state of Texas in June of 2014 accepting a faculty position with Texas Christian University. 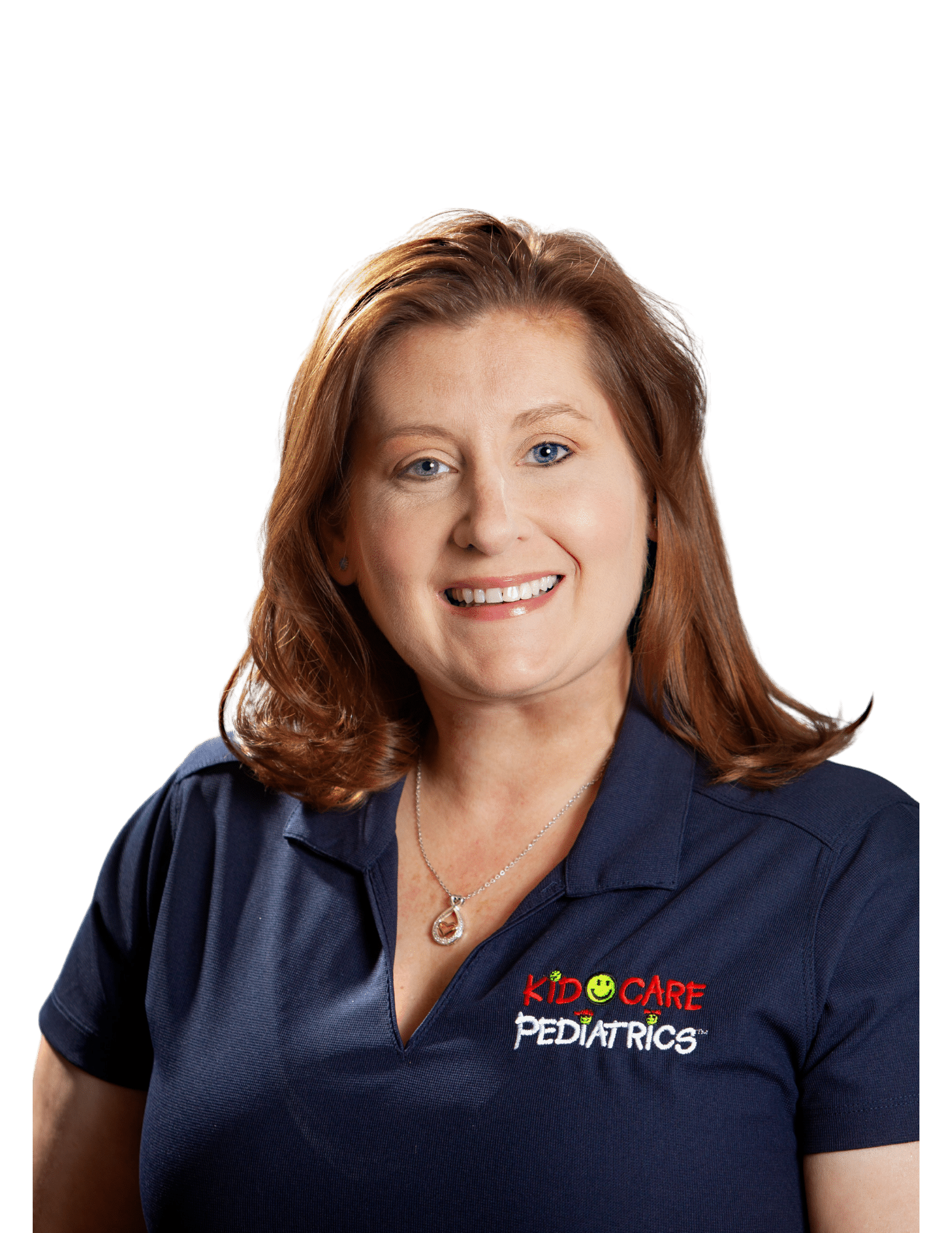 She has edited clinical books on Maternal-Neonatal nursing, authored book chapters on newborn care, and published articles focused on the education of parents related to mental health in children. Stephanie joined Kid Care Pediatrics in October of 2018. She continues to teach nursing, now on faculty with Texas Woman’s University in both the undergraduate and gradate nursing programs.

Stephanie’s biggest joy in life is her three children. She enjoys time with her children and husband, attending events of children and watching her husband coach. She has a passion for crafting in her limited spare time. She enjoys working with pediatric patients and their parents to help meet their health care needs. She also has a special love for assisting new moms with breastfeeding.

Each time I go, the doctor’s do a wonderful job at making me feel like they have time to sit with me and let me ask questions and provide me thorough answers.

It was our first visit, and on a day when the power was out. It could have been complete chaos, but things were surprisingly organized given the circumstances. The doctor and staff were great. We will come back.