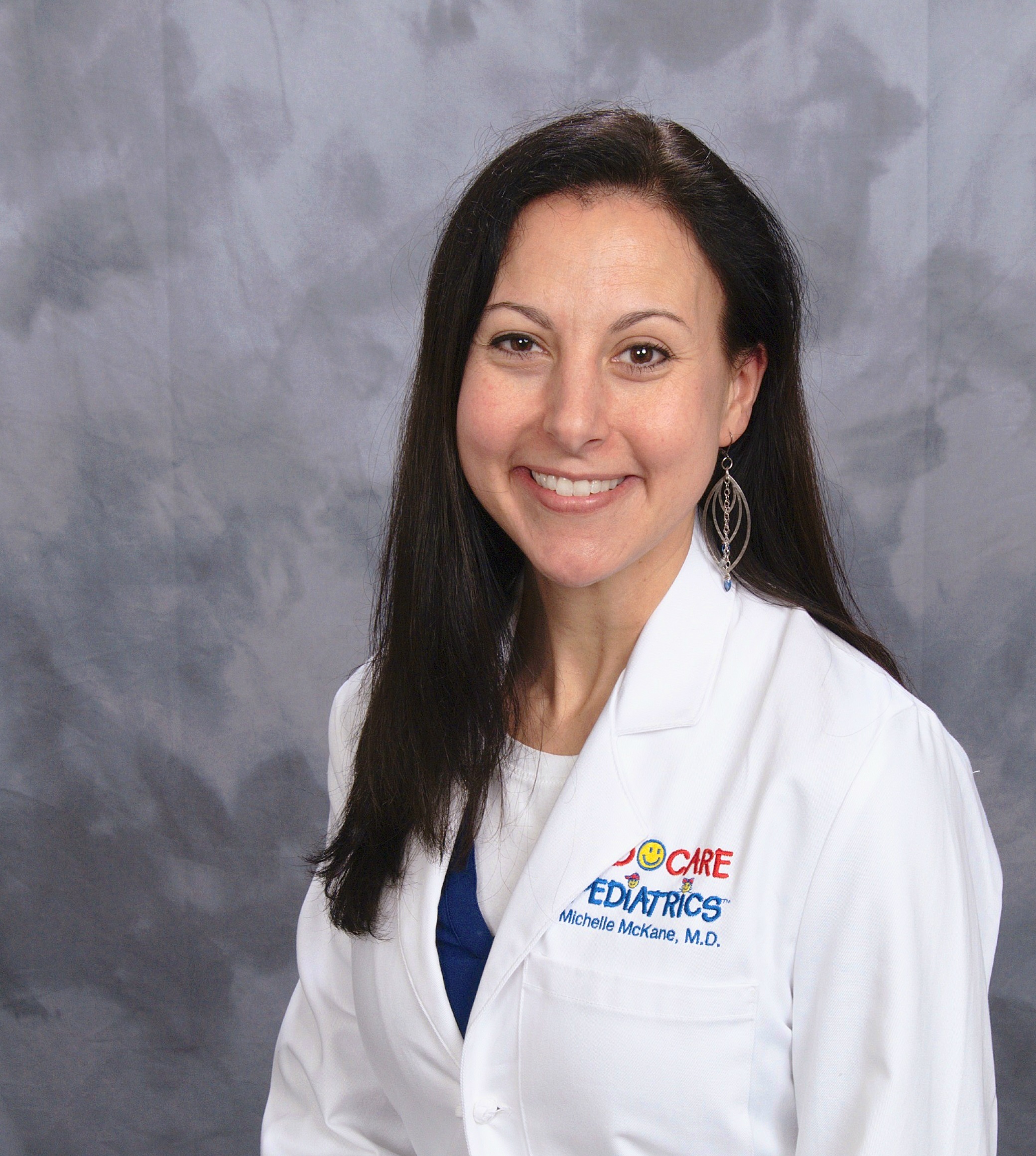 Michelle McKane was born in San Juan, Puerto Rico and raised in Houston, Texas.  Dr. McKane attended the Kinkaid School in Houston followed by the University of Texas at Austin where she received her undergraduate degree in 1994.

She earned her Medical Degree from the University of Texas Health Science Center at San Antonio in 1998. There, she would also meet her husband.  Dr. McKane then completed her Pediatric residency training at Washington University at Saint Louis Children’s Hospital in 2001 and stayed in St. Louis for four more years as a Pediatric Hospitalist.

In 2005, Dr. McKane moved back to Houston and worked in Emergency Medicine at the University of Texas Health Science Center at Houston affiliated Hermann Memorial Hospital.  During her five years of practice in Emergency Medicine, she became the Medical Director or Pediatric Community Emergency Services for three Hermann Hospital community clinic locations.  Dr. McKane then spent a year in Long Island, New York while her husband completed a surgical fellowship prior to moving to the DFW area in 2011.

Dr. McKane worked for the next two years for Cook Children’s Physician Network at the Southlake and Northeast Hospital (Hurst) Urgent Care Centers.  She joined Kid Care Pediatrics in February 2014 and looks forward to getting to know Kid Care patients and their families.

Outside of work, Dr. McKane enjoys spending time with her family.  When time permits, she enjoys gardening and traveling.  She is also busy teaching her four children Spanish.