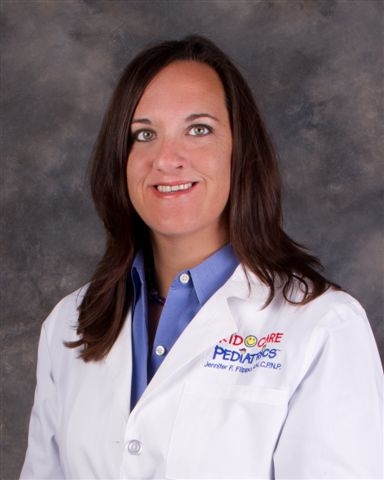 Mrs. Flippo grew up in Houston and considers herself a native Texan, although all of her extended family hails from Canada. She is a 1990 graduate of Texas A&M University with a degree in biology. Mrs. Flippo completed her nursing education at Texas Woman’s University in Dallas in 1993. After working in the Pediatric Intensive Care Unit for eight years, she graduated with her Master’s degree from the University of Texas at Arlington as a Pediatric Nurse Practitioner in 2000. Currently, she is working on her Doctor of Nursing Practice (DNP) and will complete her studies in 2019

Mrs. Flippo has previously worked at Children’s Medical Center in neurosurgery and Urgent Care. For five years, she was also with the Pediatric Hospitalist Team at Medical City Children’s Hospital as the first pediatric nurse practitioner in a hospitalist program in north Texas.

Since 2005, she has lived in Saginaw on her husband’s family farm where they raise their two boys and a menagerie of animals. Her husband has been Saginaw’s mayor since 2017. Her elder son will graduate from Texas A&M in 2019, and the younger plays guitar, drums and goes to Saginaw High School.

Mrs. Flippo’s professional interests include parenting education, improving vaccination rates, and adolescent anxiety. She has also been an item review board member for the national nursing licensure exam and is a Board Member for the Community Link Mission in Saginaw. On a personal note, Mrs. Flippo has run several half-marathons, practices yoga, and enjoys driving her 1970 Lotus Europa which belonged to her father.

Mrs. Flippo has been with Kid Care Pediatrics since 2007 and enjoys working and living in the community and caring for your children.